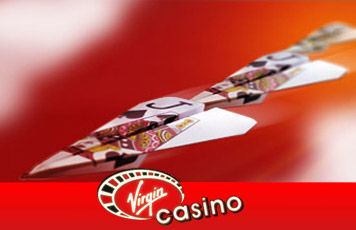 Virgin Casino, the online casino which incorporates software from a wide range of different providers, has announced the launch of several new games.

The first, described as “slots reels meet bingo balls”, is the 20 pay line video slot game, Lotto Madness. This game features everything that players love about the game of bingo, except that they combine traditional slots entertainment. An attractive feature of Lotto Madness is the Crazy Wheel bonus game, which rewards with free spins and multipliers.

The second game released is Hi Lo Silver, a great new instant game which is played in a 3 x 3 matrix.  Players need to predict the identity of the next card, with the chance to make a maximum of 8 bets in one game.

To start enjoying the new games at Virgin Casino, as well the hundreds of existing ones, players can take advantage of a £100 welcome bonus on their first deposit at the site. This 100% match bonus is followed up with many different promotions and special offers which keep players rewarded.

Some of the existing games at Virgin Casino include Cleopatra, Fire Opals, Da Vinci Diamonds, Alice’s Wonderland and Siberian Storm.