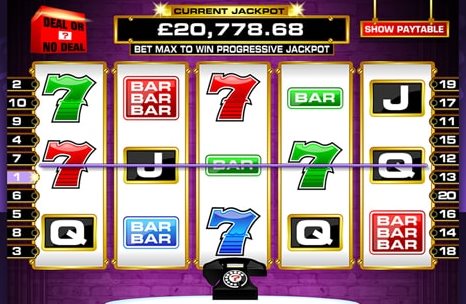 Virgin Casino, which is operated by Gamesys, an online gambling games developer in the New Jersey market in partnership with Tropicana Atlantic City Casino & Resort, is pleased to announce the launch of a new slot game that is themed on the popular television gameshow “Deal or No Deal”.

At present the new slot game is exclusive to Virgin Casino and is playable via desktop as well as mobile channels.

The new Deal or No Deal slot game was developed from the ground up by Gamesys after a licensing agreement was entered into with Endemol Shine Gaming, a division of series producers Endemol Shine Group, with support from Endemol Shine North America.

Leon Earp, General Manager of Gamesys US, commented on the launch by saying that they are delighted to introduce this exciting new slot game exclusively to Virgin Casino players in New Jersey. Earp went on to say that Deal or No Deal is one of the most popular names in entertainment and they are looking forward to introducing even more new and innovative exclusive content to their players.

Lee Fenton, Chief Executive Officer of Gamesys, added that Deal or No Deal is truly a world famous brand that transcends borders and is loved the world over for its unique gameplay and nonstop excitement.  He added that their Deal or No Deal slot has been extremely well received internationally and that they are excited to share the fun with players in New Jersey.

Virgin Casino Deal or No Deal