Antanas Guoga, an online poker player also known as Tony G, has criticized the Alderney Gambling Control Commission for not protecting the funds belonging to players at the Full Tilt Poker site adequately.

Tony G also struck out at the Commission for not suspending Full Tilt Poker’s license sooner as he felt that it was clear from the very beginning that Full Tilt Poker would not allow players access to their funds.

Full Tilt Poker was suspended from operating by the Alderney Gambling Commission in June, 2011 which was nearly two months after the site’s domain was seized by the US authorities. Full Tilt Poker’s license was eventually revoked in September, 2011 after a disputed hearing. 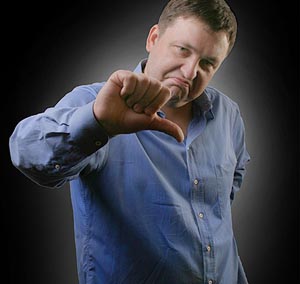 Tony G also claimed that the commission should be there in order to protect the young and the vulnerable.

Andre Wilsenach, the commission’s executive director said "We do have an obligation to protect players and we do so by keeping the industry free of crime to ensure the games the players play are fair. Our operators do not exploit the young and the vulnerable. As far as players' funds go, we have never set ourselves up to underwrite these funds as no regulator in the world does that."