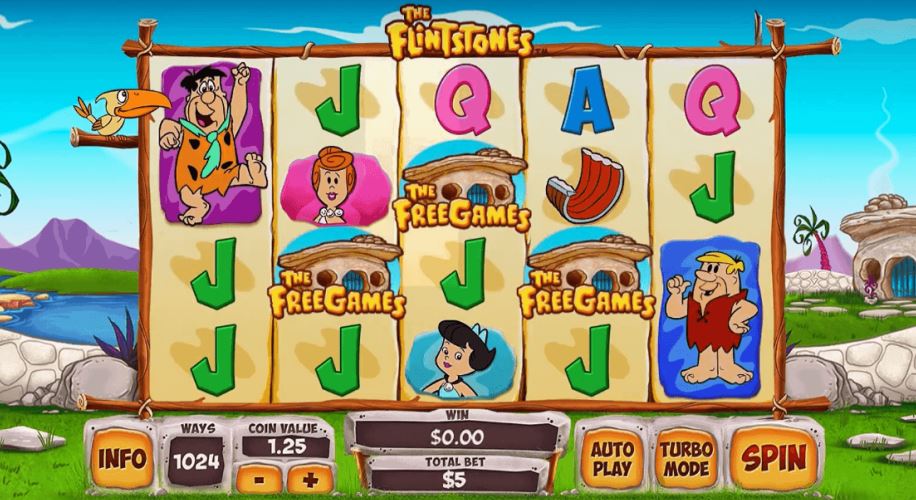 Playtech is thrilled to reveal the release of The Flintstones branded slot game that features the characters from the very first animated prime time series on American television of the same name.

The new online slot game gives players a chance to see the humorous antics of the family alive on the reels of the game.

Dino is the Wild Symbol that awards the top line payouts with Wilma Flintstone and Betty Rubble appearing as normal symbols together with a slice of bacon, the anachronistic telephone and colorful playing card icons.

The 1024 Ways to Win The Flintstones slot game boasts several great features which include the Free Spins feature that is triggered by three Stone House symbols appearing anywhere on reels 2, 3 and 4 of the slot game.

The Great Gazoo is an Alien who occasionally appeared in the television series and awards 12 Free Spins in which he is an additional Wild symbol and can turn other symbols randomly into Wilds.