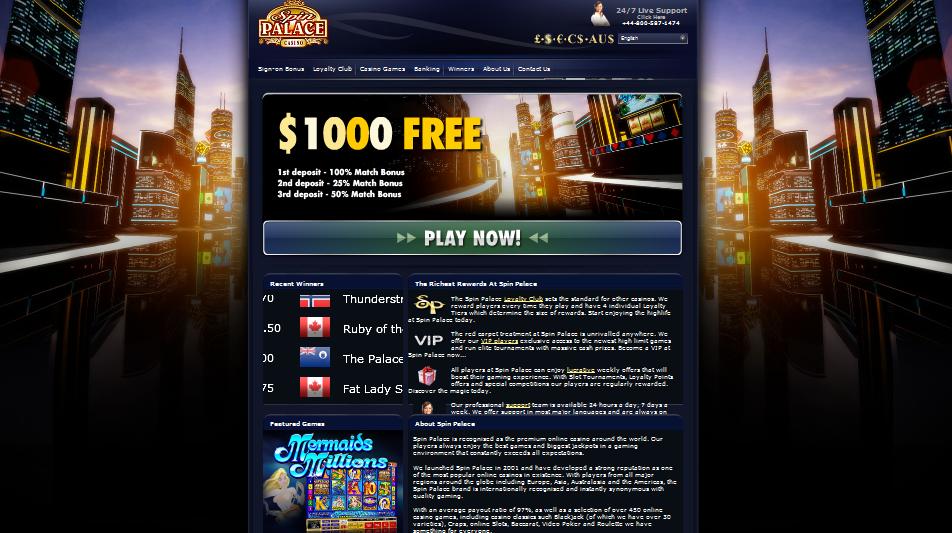 There were several big wins registered on Christmas themed slot machines at Spin Palace online casino over the past weekend.

Symbols on the reels of the 5 reel and 30 pay line Deck the Halls video slot game include a Christmas tree, Santa, a reindeer, lots of gifts, a log fire and a roast turkey. The sound of Christmas carols can be heard while spinning the reels.

The greatest payout opportunities are offered by the Santa symbol that appears stacked on the reels.

Another win was registered on a Christmas themed slot game at Spin Palace online casino on Sunday, October 14 when a lucky player won an amount of Euro 24,682 wagering on Santa’s Wild Ride. This 5 reel and 243 pay line video slot features Santa riding on a Harley with Mrs. Clause accompanying him on his deliveries on Christmas Eve.

A small win of Euro 4,226 was also registered at the online casino on Sunday, October 14, after a lucky player wagered on the online slot game Gift Rap.

Spin Palace online casino is powered by software from Microgaming and licensed by the Lotteries and Gaming authority of Malta.