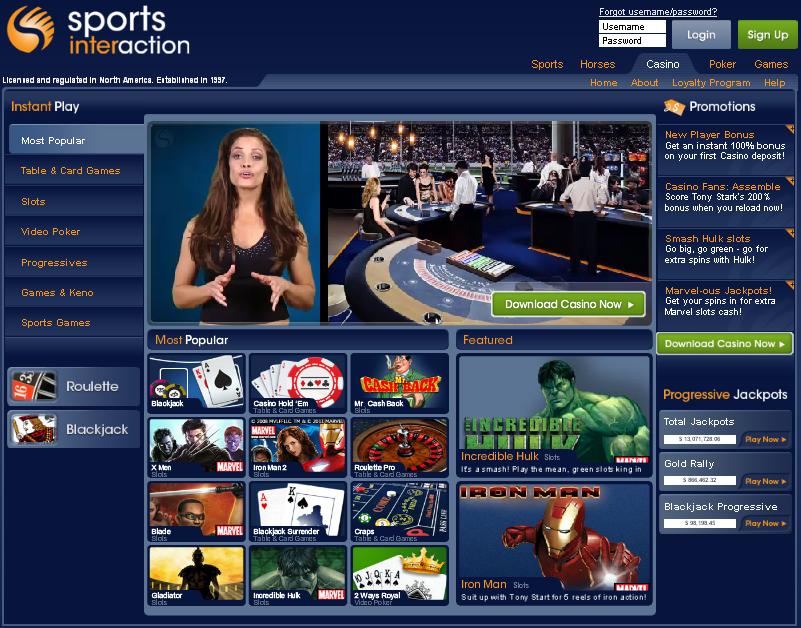 Sports Interaction, the Canadian sports book, now allows players to access all the top games from wherever they are thanks to the launch of a brand new mobile casino.  Players can now play games such as Blackjack, Roulette, and the slots game “A Night’s Out” when they access the new Sports Interaction Mobile Casino.

A spokesperson for Sports Interaction, Kevin Manning said: “We’ve given our casino players access to the games they love to play, no matter where they are or what they’re doing.”

“From playing slots on a beach to hitting tables while getting your car washed, our mobile casino puts Monte Carlo in your pocket.”

Players have already tried out the new mobile casino by Sports Interaction and the feedback has been tremendously positive.

Manning said that players had been “raving about how easy it is to get started.”

Sports Interaction, which has been part of the gaming world since 1997, is proud of its new mobile casino which launched last week. The casino can be played on all smart phones compatible with iPhones, Blackberry, Android, iPads and more.

Sports Interaction Casino brings players one of the widest selections of games online, with great odds. The Kahnawake Gaming Commission licensed site carries branded slots such as Gladiator and Iron Man 2, as well as high paying progressives such as Beach Life.