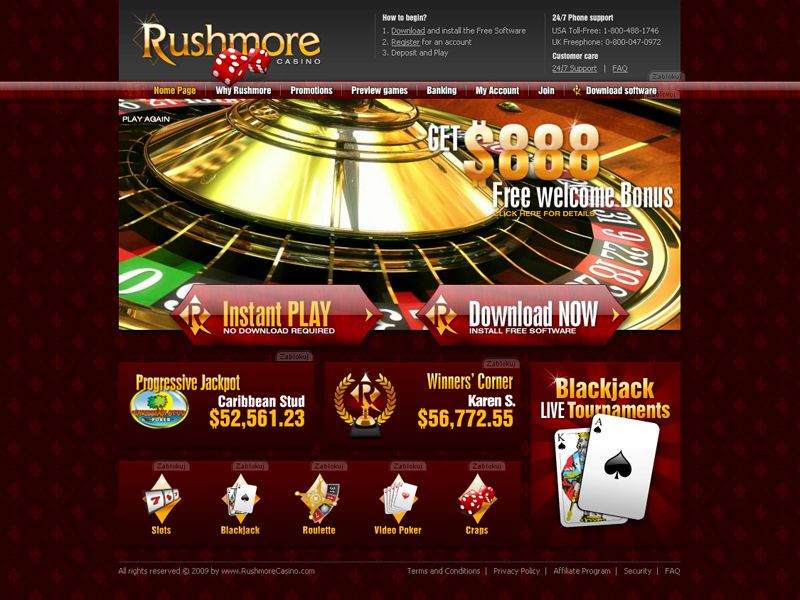 Rushmore Casino, the Real Time Gaming powered online casino, reported on a number of big wins on games where you wouldn’t ordinarily expect to see players take home large payouts. The top win this week was on the classic three reel, one pay line red, white and blue themed game, Sevens and Stripes.  According to Rushmore Casino, Tami J from the US won $48,475 on the slot game after playing it this week. Tami wagered the maximum three coins in the game in order to put herself in line to win the top prize.

Rushmore Casino also said that the second highest paying slot game this week was Ocean Dreams, on which Colleen A won just over $31,000. This slot game is particularly popular among Rushmore Casino players as it carries a massive 40,000 coin to jackpot, and is visually spectacular.

The third game, Mystic Dragon, with its great medieval theme and lots of appropriate symbols, paid Manuel F. from Portugal a hearty $29.5K.

All in all, players did great at slot games at the Curacao licensed Rushmore Casino this week.  The US friendly site, which was established in 2006, is considered one of RTG’s best casino sites and pampers all new players with a $888 welcome bonus in two stages. The site has a cool, custom lobby with great features and easy navigation features. A large range of exciting casino games means that players are always kept entertained and rewarded at this site.