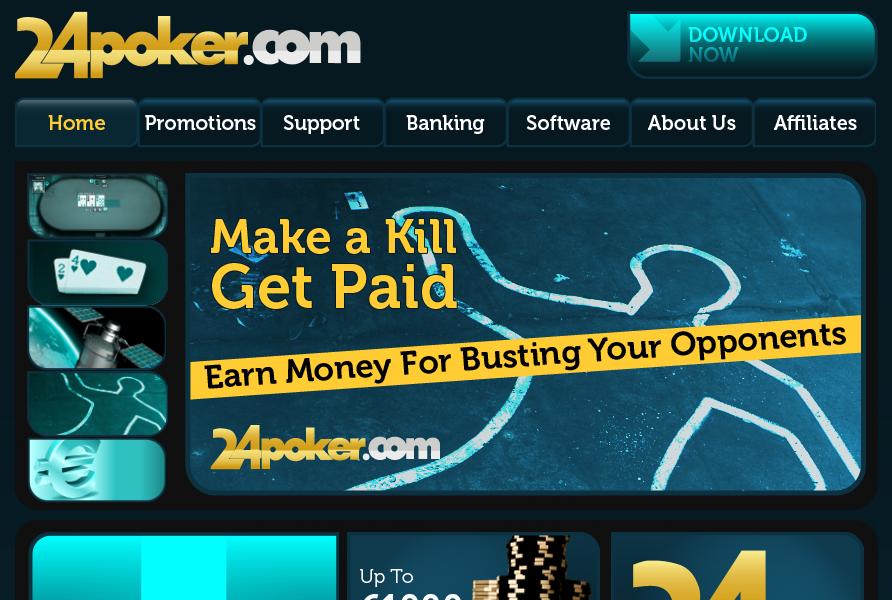 Online Poker players have reacted with shock and surprise by Microgaming’s Poker Network’s sudden announcement last week when it revealed that the Kahnawake Gaming Commission regulatory authority had revoked the license of 24 Poker on 24th November, 2011.

The Canadian based Kahnawake Gaming Commission’s decision to take the 24 Poker site offline comes as a result of a number of complaints received from players as well as the authorities regarding the online poker site’s failure to respond to any inquiries from them. The Gaming Commission has revealed that it has also issued a Show Cause Notice against 24 Poker giving it 30 days in which to respond.

Microgaming issued a statement announcing that it had suspended the network on which its games were played and blocked all game play on the online poker room’s website.

24 Poker is described as an online poker room offering state of the art online poker software. The poker room is operated by the Stanley, County Durham company BPR Services Limited in the United Kingdom. The Kahnawake Gaming Commission granted 24 Poker a license in 2004 and the poker site has had a very good track record since then.

Poker players who were hoping to receive some details of the revocation of 24 Poker’s license are still being left in the dark as neither Microgaming or the Kahnawake Gaming Commission have been able to make contact with the 24 Poker management and ownership team.