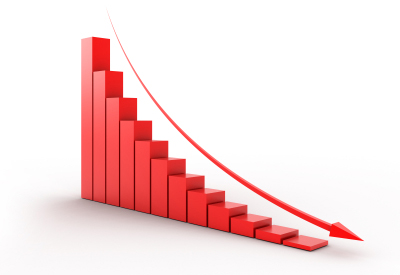 Statistic have recently been released showing the decrease in traffic in the online poker world since 15th April, 2011 (Black Friday) when the US government shut down PokerStars, Full Tilt Poker and Absolute Poker in the United States.

These statistics show a global decline of cash poker players online of 22% on the two weekends following Black Friday compared to the number of online players on the two weeks before Black Friday, which is due almost entirely to the inability of US players to continue playing on the sites that have been shut down.

The site that appears to have taken the least damage is PokerStars who saw a 28% drop in traffic at the site.

There was only half of the normal traffic at Full Tilt Poker on the weekend after Black Friday but the site seemed to recover a bit last weekend and there has been an overall loss of approximately 35% of its player base.

The two sites that have suffered the most are Absolute Poker and the Cereus Network with traffic down by 65%.  Cereus was drawing heavily on the USA market and has therefore suffered a crippling blow.

The three largest operators who are still accepting customers from the United States, namely the Merge Network, Bodog Poker and the Cake Network are meanwhile showing large gains.