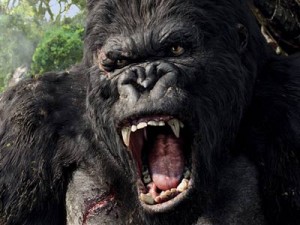 Playtech has recently added Kong Scratch and Iron Man 2 Scratch to its scratch card portfolio, based on two of its most popular online slots.

Kong Scratch features symbols which are the same as those used in the slot game and is set in the jungles of Skull Island.  If any one of the six symbols contained in the scratch card matches with the prize symbol it will reward the player with a prize.  Players commence by choosing a card value from $0.10 to $100 with the payouts offered depending on the value of the card selected and can win a maximum of $1,000 for the $0.10 card and $1 million for the $100 card.  Kong is one of the characters from the movie included in the symbols.  Kong Scratch also offers the usual Playtech scratch card features with the Scratch All feature automatically revealing the prize symbol, the scratch card symbols and the prize value without the necessity for the player to move the cursor.  Players can run up to 99 games with the Auto Play feature without being required to use any manual operations.

Nine symbols appear in a 3x3 matrix with the Iron Man 2 Scratch and players who get three reactor symbols in line, vertically, diagonally or horizontally win the payout.  The symbols can be revealed manually and players can also use the Scratch All feature as well as the Auto Play feature.