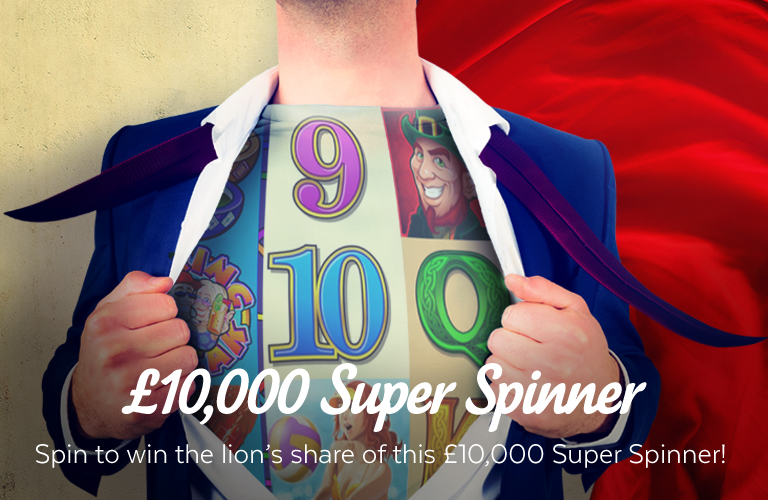 32Red Casino, the award-winning gaming site powered by software from Microgaming, has revealed that it is currently running a great new promotion at the site between now and Tuesday, 26th July 2016.

The £10,000 Super Spinner promotion gives players an opportunity to win more bonuses based on how much they play.  In order to start winning players need simply spin the reels of any of the innovative slot games found at the site during the promotion period.

The percentage of the bonus will be determined by the percentage of slots wagering contributed during the promotion with players standing to win a share of £10,000 being awarded by 32Red Casino.

Several of Microgaming’s best video slot games are included in this promotion, such as Avalon slot, Bikini Party slot and Lucky Leprechaun slot.

Players can opt in to the £10,000 Super Spinner at the online casino and can then keep an eye on their progress on the leaderboard that will be refreshed by the online casino every 15 minutes throughout the promotion.

Bonuses will be credited to players’ accounts before 18.00 (UK time) on Wednesday, 27th July 2016 and players should note that terms and conditions apply regarding the wagering requirements of the winning bonuses.