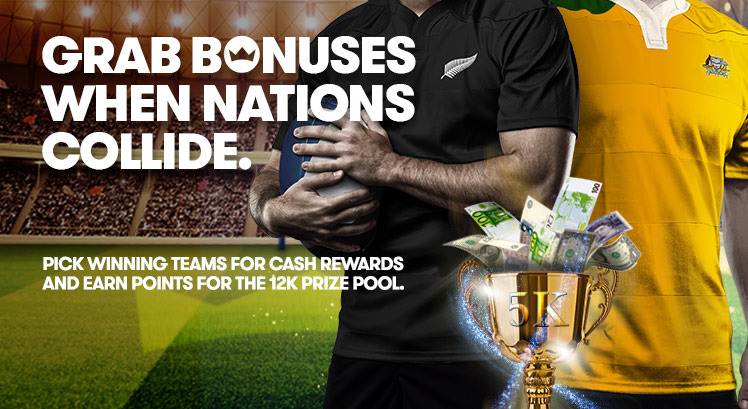 InterCasino is currently running a unique online promotion at the site that requires participants to have a bit of rugby skills.

The Road to the Cup promotion awards players points for predicting the winner of matches held in the 2015 Rugby World Cup and although players do not have to be a good rugby player, they should however have enough rugby knowledge to work out which of the two competing teams is more likely to win the match.  Players can check out the odds of the games at any online sports book and opt for the team with the smaller odds.

Players have an opportunity to earn points in several different ways and climb the leader board for a share of the prize pool of $12,000 in the Road to the Cup which is a leader board promotion.

Ten points will be awarded to players who pick the winning team in selected matches while each bonus claimed gets players 5 points.  Players also receive 1 point for every amount of $20 wagered and 2 points for every amount of $5 deposited.  Using the bonus code from the InterCasino Facebook page gives players 50 points and there is also a mystery bonus worth 25 points.

The promotion will run at InterCasino until Saturday, 31st October, 2015 with one player raising the trophy with $5,000 cash inside.  Five runners up will receive $1,000 each while 20 players randomly drawn from the top 50 will each receive $100.

Players are required to deposit at least $100 during the period of the promotion in order to be eligible to participate.