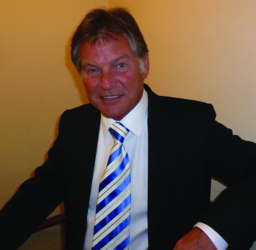 Software group, Virtue Fusion, which signed a deal with game developer, Endemol last year to create games based on popular brands, announced the launch of a new fixed odds game. The game is based on Endemol’s popular TV game show, Deal or No Deal Classic, and will be available to more than 20 Virtue Fusion licensees which incorporate 30,000 daily players.

“Deal or No Deal Classic kick-started the rise of branded games and it is still is one of the most compelling and successful on the market. We’re extremely pleased to continue our relationship with Virtue Fusion and we’re delighted that the Classic game is now available on the network,” said the Head of Products and Brand Exploitation at Endemol.

Virtue Fusion, based in Alderney and in the process of obtaining a gaming license from Malta, was purchased by Playtech last year.

“Feedback has been very positive across our network on the Endemol products we have launched,” said Bob McCulloch, Chief Executive Officer of Virtue Fusion Alderney. “Closely mirroring the TV show, Deal or No Deal Classic is a highly entertaining and playable version of the game and we are sure it will prove to be another big hit for our operators.”