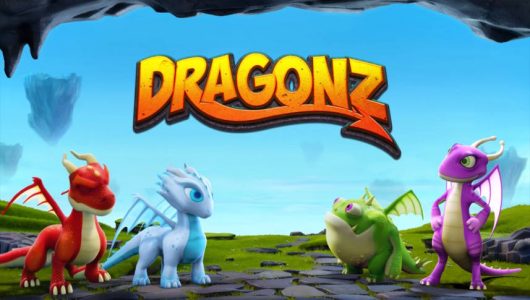 Dragonz is a 5 reel, 243 ways-to-win online slot game that is playable from 40p to £30 per spin across desktop, mobile as well as tablet devices.

The online slot is based on the Dragonz crew – Flint, Switch, Frost and Gobble as they embark on their first real adventure below the clouds and comes with a cartoon feel and superb 3D graphics.

A Wild symbol on reel 3 will trigger the Wild Deal feature in the Base game giving players extra Wilds on the reels for a guaranteed win when they don’t get a winning spin.

Dragonz is a bright and fun slot game to play and has the potential for big wins in both the Base game and the Free Spins features.