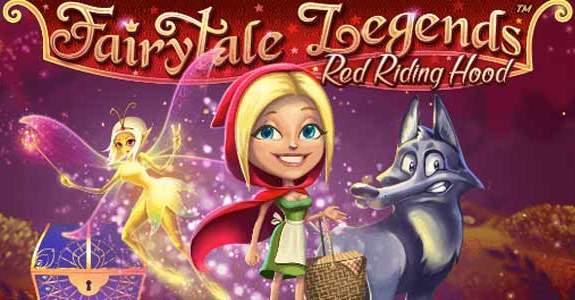 NetEnt, a premium supplier of digitally distributed gaming systems that are used by a number of the world’s most successful online casino operators, has revealed that they will soon be releasing a great online slot game that brings an old fairy tale with a pinch of magic and is titled Fairytale Legends: Red Riding Hood.

Fairytale Legends: Red Riding Hood is a slot game that is based on the timeless fairy tale of Little Red Riding Hood and NetEnt have brought this classic to life via exceptional animation and gameplay. The slot game is filled with magic and fun and sees players joining Red Riding Hood on a journey through the forest where they get to meet beautiful fairies who have prepared several nice surprises for them. Players could end up with one of the captivating Random Features with the wave of the fairies wands.

Once players reach the Beware of the Wolf Bonus Game and try to find their way to grandma’s house through the very deep and dark forest they should be careful not to fall into the Big Bad Wolf’s traps.

The Beware of the Wolf Bonus Game could see players being rewarded with a coin prize that could equal up to 200 times their bet.