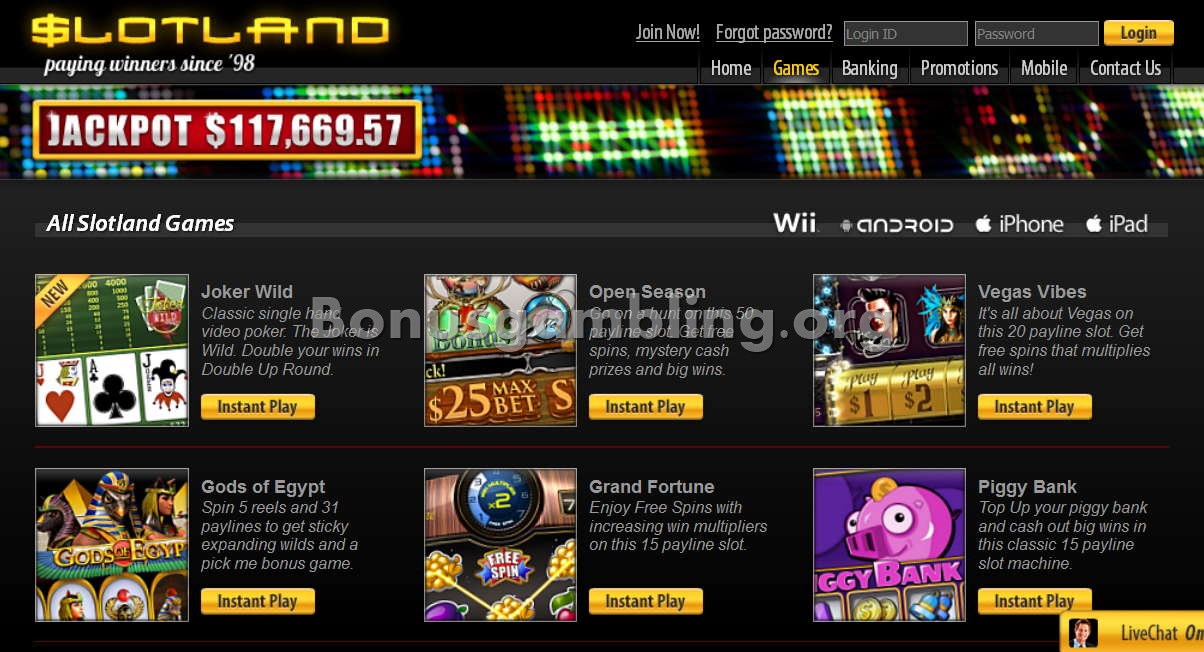 Slotland Casino has revealed that it has completed another important upgrade to the user interface that is tied to its vast range of 35 real-money mobile online casino slots which are compatible with iPhones and other devices using the iOS operating system.

According to the online casino, its selection of exclusive slot games, which can also be enjoyed by players using smartphones and tablet computers with the Android operating system, currently makes even better use of their small screen space due to the fact that reels are now often 50 percent larger when switched to landscape mode and buttons that have now been repositioned for the convenience of thumb-tapping.

Michael Hilary, from Slotland Casino, said that after making huge changes to the technology powering their mobile games earlier this year, they have now made changes that their players will really be able to notice on their screens.  Hilary added that they have got more features in development and that they will be rolling those out very soon.

Last month Slotland launched its 5 reel and 20 pay line Vegas Vibes unique slot game which comes with stars that include Cher and Elvis Presley on its reels.  Players are given an opportunity to take advantage of up to 15 free games with a treble multiplier during a special Bonus Round.

Slotland issued a statement saying that the casino’s site-wide progressive jackpot currently stands at nearly $200,000 after a win of $149,625 a few weeks ago.