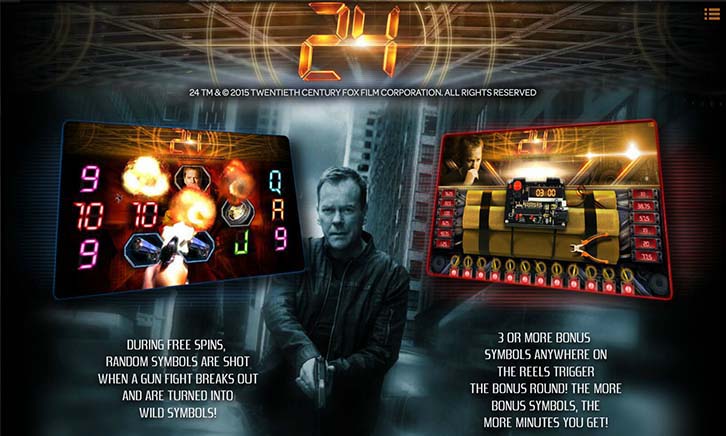 iSoftBet has announced that it has enhanced its selection of slot titles by releasing a new slot game that is based on the iconic television drama series titled “24”.

The new slot game has been developed in partnership with Twentieth Century Fox Consumer Products and is based around the exploits of the lead character in the television series, agent Jack Bauer.

The new “24” slot game will offer players some great features which include Free Spins, Exploding Wilds as well as a Bonus Round that will give players an opportunity to win bigger prizes.

The Sales Manager at iSoftBet, Luci Apostolou, commented on the release of the new slot game by saying that iSoftBet’s branded slot games collection has grown immensely over the past 12 months and with the addition of such a well loved and reputable title such as “24”, their portfolio is stronger than ever.

The Sales Manager also said that the TV series “24” and agent Bauer are extremely popular all over the world and that they are quite sure that their customers will be blown away by the innovative content and features of this thrilling new slot game.

iSoftBet is a leading iGaming developer that is based in London and Luxemburg and is known for its online games for desktop, Facebook and mobile devices.  The company’s casino software is certified in Italy and Belgium.