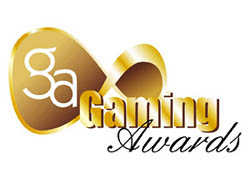 The International Gaming Awards (IGA) is known to be the most prestigious honors that can be bestowed on members of the land and online gambling industry.

The 2012 International Gaming Awards event is due to take place in London’s Sheraton Park Lane Hotel on 23rd January, 2012 and nominations for these awards were invited from the industry at the beginning of last month.  Due to the great response received the International Gaming Awards found it necessary to extend the last date for receiving the nominations.  Now that nominations for the awards have closed the different panels of judges are starting their work.

International Gaming Awards has received over 25 nominations for the iGaming Software Supplier award.  Microgaming is one of the familiar names nominated which includes Chartwell, Net Entertainment, CTXM and Playtech.  Microgaming, due to its QuickFire platform that is doing wonders to extent its reach, is bound to be a strong contender this year even though Playtech won the award last year.

Nominations have been sent in by all the big European players in the Online Casino Operator Category which includes Victor Chandler, William Hill, Ladbrokes, Bwin.party, Bodog, Bet365 and 888 Casino.  However, Virgin Casino has added a huge selection of innovative games from several software suppliers and also offered excellent promotions throughout this year, making it a strong contender for the Online Casino Operator of the Year.