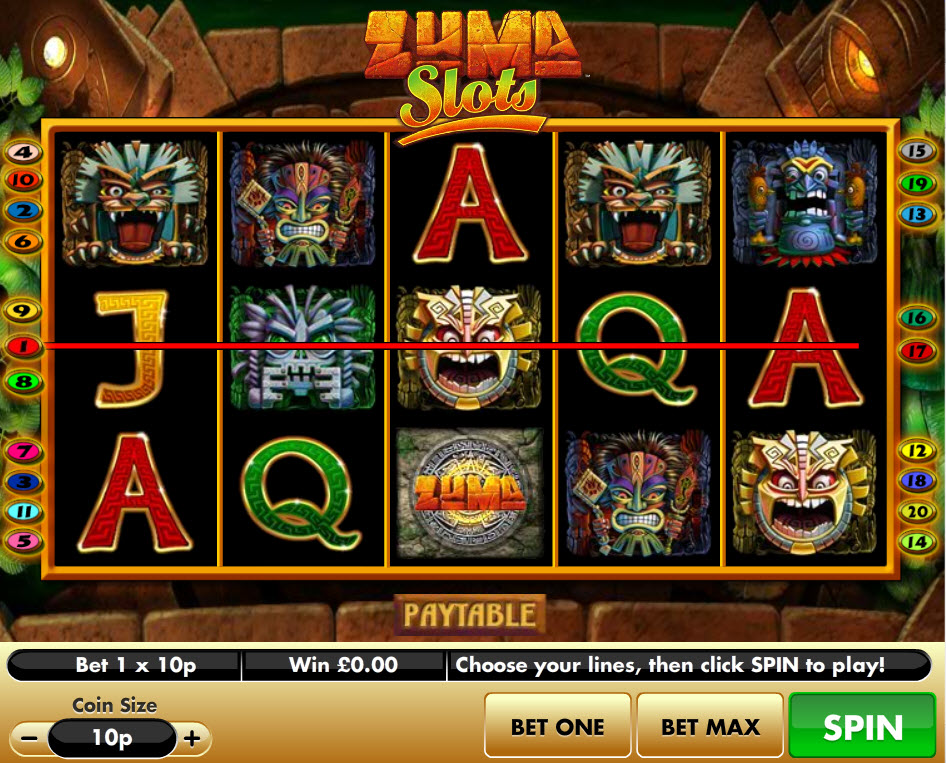 It has been announced that Zuma Slots have been included in Virgin Casino’s profile of online gaming slot games.  Zuma games are developed by PopCap who, in conjunction with software developer GameSys have been instrumental in creating Zuma Slots based on the Zuma games.

This is the third slot game being offered at Virgin Casino from PopCap Gamesys, the previous two being Chuzzle and Bejeweled 2 Slots.

The highest payout in Zuma Slots is in the Zuma logo and five of these Zuma logo symbols on an enabled pay-line allow a jackpot payout of 10,000 coins.  This logo also serves as the wild symbol.  Any player achieving a line win using this symbol will be awarded with a random multiplier ranging from 1x to 5x.  Only one multiplier will be awarded to the total line payout whether there is more than one wild symbol in that combination or not.

The game offers different multipliers that are randomly awarded by different line payouts as well as a great gamble game that multiplies payouts.