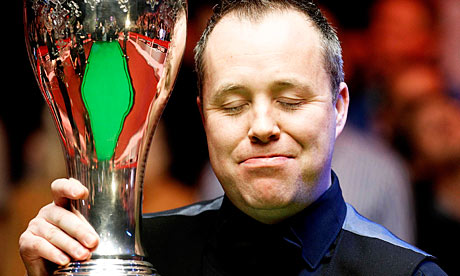 It has been announced that WilliamHill.com, Europe’s leading online betting firm, has signed a deal with World Snooker in terms of which William Hill has become the official sponsor of the 9 day BBC televised sporting event.

The event that will now be known as the GBP 625,000 WilliamHill.com UK Championship begins at the Barbican in York on Saturday, 3rd December, 2011 and will continue until Sunday, 11th December, 2011.

This year’s event has attracted 32 of the best players in the World – including John Higgins, the reigning world champion and defending UK champion, Mark Selby, currently world number one as well as recent Premier League winner Ronnie O’Sullivan.

Chief Marketing Officer at William Hill, Kristof Fahy, said “The UK Championship is one of the crown jewels in the world of snooker and we are delighted to put our name to such a prestigious event”.

Barry Hearn, World Snooker Chairman, said that they are thrilled to welcome William Hill as the new title sponsor of the UK Championship. He added “The UK Championship is one of the highlights of the snooker calendar and receives outstanding exposure through coverage on BBC and across the world, providing exceptional brand exposure for the sponsor to hundreds of millions of fans globally”.