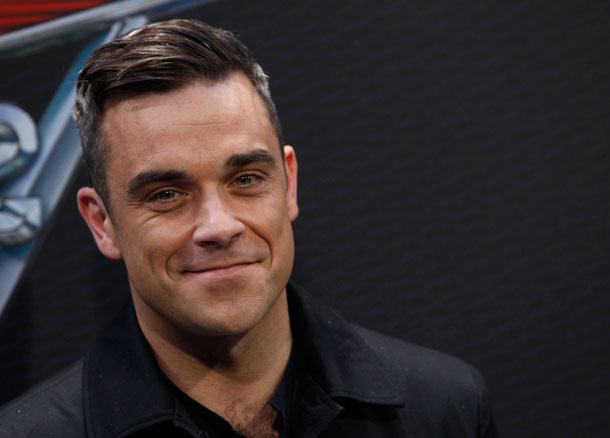 Robbie Williams, member of the popular boy band “Take That”s announcement of his intention to launch a new online poker site has been met with outrage from anti-gambling campaigners and fans.

It is felt that it is a disgrace that 37 year old Robbie who himself battled a serious addiction a number of years ago, would make money from vulnerable addicts.

However, according to Robbie’s site “RobbieWilliamsPoker.com, is where poker players and Robbie Williams fans play each other to score great prizes and create the craziest avatars! This is NOT a Gambling Offer. You play in all games with virtual game money with no value.”

A headline in the DailyMail.co.uk claimed “Outrage as former drug addict Robbie Williams launches online poker site. Former drug addict Robbie Williams has enraged fans once again by launching an online poker site. Anti-gambling campaigners also slated the Take That singer for launching the website claiming the 37-year-old would be raking in the cash from vulnerable addicts. The site, which is set to launch this year, claims the main focus is having ‘fun’ but some of the games do cost money.”

Liberal Democrat MP Tessa Munt said that it was disgraceful that Robbie was making money from addicts especially since he himself was once famously addicted to antidepressants.

A spokesman for Robbie said that the idea is still very much in its early stages.