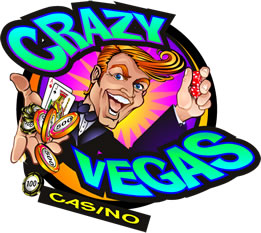 Crazy Vegas online casino has announced that it is offering players daily freeroll tournaments throughout this month. These tournaments do not offer huge prize pools as there is no buy-in but it does, however, offers lots of fun.

The freeroll tournaments will run for 24 hours from 20.00 GMT with registration starting at 08.00 GMT and each tournament accommodating up to 3,000 players. A prize pool of EURO 100 is offered with each tournament which is shared between the top five players.

Players commence with a free given chip stack and a fixed wagering time. Additional coins and time can be purchased for a nominal fee until a satisfactory score is achieved.

The freeroll tournaments are being played on the online slot games Avalon, Hitman, Thunderstruck, Tomb Raider and Ladies Nite: