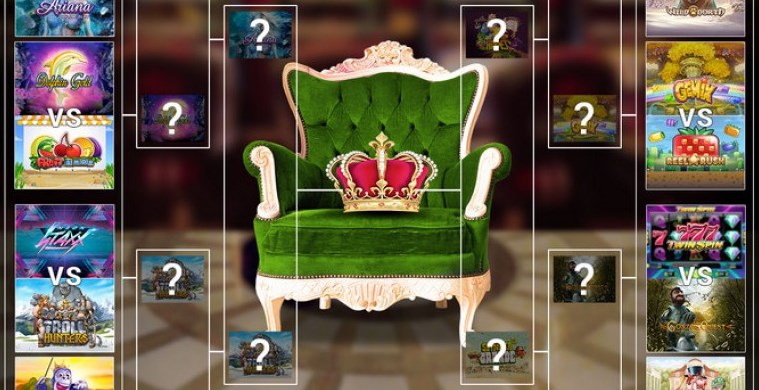 Unibet Casino is running a great new promotion at the site between now and Thursday, 12th November, 2015 that will see players having a chance to win a share of €17,000.

The King of Slots promotion requires players to participate in weekly tournaments at Unibet Casino to vote for their favorite games.

Players have a chance to win lucrative prizes in this slot promotion, which runs as follows:

Every competing slot game at Unibet Casino has a dedicated tournament with an individual prize pool.

By competing in these tournaments players have their position based on the best equalized payout after 20 rounds of play on the game with a minimum spin of €0.20 with the top ten players from each round winning fantastic prizes.

When a slot game wins a qualifying round, all players who wagered a minimum of €10 thereon are rewarded with 10 Free Spins on Net Entertainment’s Starburst slot game.

Prizes will be awarded as follows: