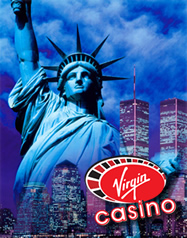 A great new promotion was launched at Virgin Casino on Monday, September 12 that will give one lucky player and a friend a chance to visit New York.

The New York Promotion will run until Sunday, September 18 and offers players two tiers.  Those participating in the first level are required to wager at least £2,000 on the slot games designated for the period of the promotion to earn entry into the lucky draw. The names of 30 eligible players will be drawn at random with each winning a cash prize of £100.  All bonus credits that are earned will be paid into qualifying accounts by Monday, September 19.

The second tier offers players the trip to New York and is not based on a lucky draw.  The player wagering the most during the promotion will visit New York with a friend if the amount wagered is greater than the qualifying amount of £2,000.