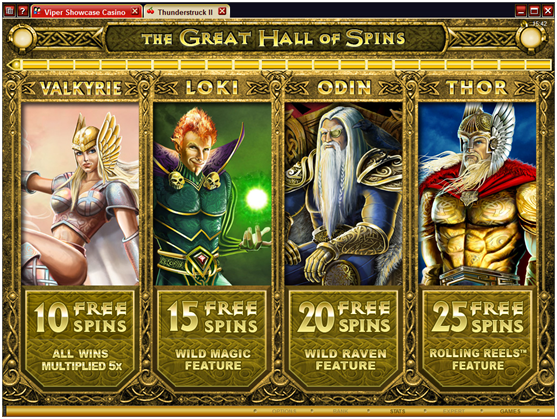 A sequel to one of the most popular slot games in the industry, Thunderstruck, has been announced by software giant, Microgaming. The group said that it was excited about this year’s launch of a game that has been one of the most sought after titles since 2003. Thunderstruck 2 will boast a host of stunning features to complement its hard-to-beat namesake, including increased screen resolution, hand painted graphics and the chance to play four other games simultaneously.

The Chief Executive Officer of Microgaming, Roger Raatgever said about the new release: “We are truly excited about the release of the sequel to the hugely popular Thunderstruck Video Slot. The quality of graphics and special features are already looking out of this world! We are extremely proud of the brands that we have developed ourselves; Thunderstruck is a prime example of this.  The game will contain unrivalled graphics, innovative game play and the best possible user experience, with an optimal screen resolution of 1024 x 768.  We expect to see the same level of success from the sequel as we did from the original.”

The industry is waiting with baited breath to experience this brand new Microgaming title.