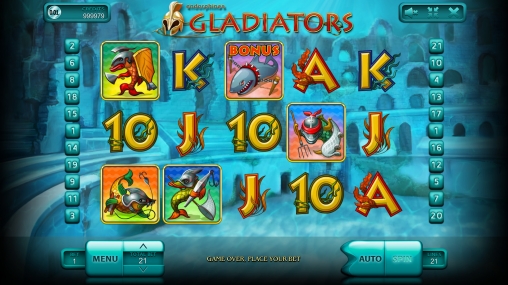 A great new online slot game is due to be released shortly by Endorphina, a leading Czech online gambling content provider that offers a huge range of Flash slot games for online casino operators, titled “2016 Gladiators”.

Symbols on the reels of the new slot game will see players getting to meet representatives of the most exciting sports during gameplay.

Endorphina commented on the launch of its new slot game by saying that they have been working very hard to create the new slot game in line with the Olympic Games and the 2016 Gladiators slot will give players a chance to experience the thrill and adrenalin of the sports and have an opportunity to win through the game from the comfort of their home.

The Marketing Manager at Endorphina, Lucie Kadlecova, said that all of them at Endorphina thoroughly enjoy the Olympic Games and that their initial idea for the new slot game was to bring the thrill and excitement from the Games direct to every single player and give them a chance to become part of the Olympic Games from wherever they are.

Kadlecova went on to say that the 2016 Gladiators slot game will take players to the stadium to experience the excitement of the race and listen to the cheering of the audience.