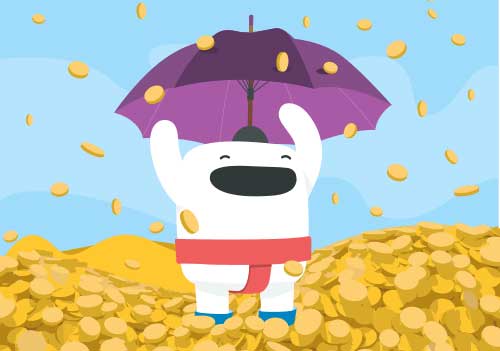 Casumo Casino is thrilled to announce that a lucky player from the Netherlands, known only as Geert, started off September in a fantastic way by hitting the jackpot on the Mega Fortune slot game on Monday, 7th September, 2015 that resulted in him taking home a massive win of €122,268.

The online casino has also revealed that the Mega Fortune jackpot was won by Geert approximately an hour after he opened his account on the platform.

The lucky punter had placed a €5 spin on the Progressive jackpot Mega Fortune slot game and could not believe his good luck when he found himself €122,268 richer only a couple of seconds later.

The very first winner of the Mega Fortune Mega jackpot won an amount of €4.3 million while a student from Finland won a world record of €17.8 million while wagering on this game in January of 2013.

Players have the opportunity to win the jackpot by playing the 5 reel and 25 pay lined Mega Fortune slot game.

Players eager to win these jackpots are required to first make it to the bonus game and then hope that a series of wheels spins land on the Mega Fortune Mega jackpot.

In order to reach the bonus game players should have three or more bonus wheel symbols appear on a pay line that has been activated.

The Mega level jackpot is pooled amongst all the online casinos that offer this popular game.

Since its launch in 2012, Casumo Casino has become one of the most popular new sites in the casino industry.