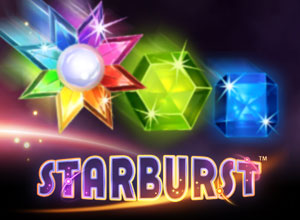 The 5 reel and 10 bet line, Starburst Mini is smaller and more accessible and therefore suitable for players “on the go”.

The same rich graphics and animations found on the original game are offered on the mini version of Starburst which is sure to become just as popular as the desktop version of the game.

The new Starburst Wild takes the place of the traditional wilds in the new Mini game and appears on reels 2, 3 or 4. These symbols expand immediately over the entire reel and remain in place for up to three re-spins without any additional cost to players. This also gives players an opportunity to be awarded some fantastic wins.

Simon Hammon, Chief Product Officer of Net Entertainment, said that the changes that were made on the reels of the Starburst Mini game will give mobile players an opportunity to play a fast paced game while at the same time standing a chance to land some massive wins.  Hammon added that the original Starburst slot game is an outstanding success and players in other product lines and verticals can now also have access to and enjoy this lighter version of the game.