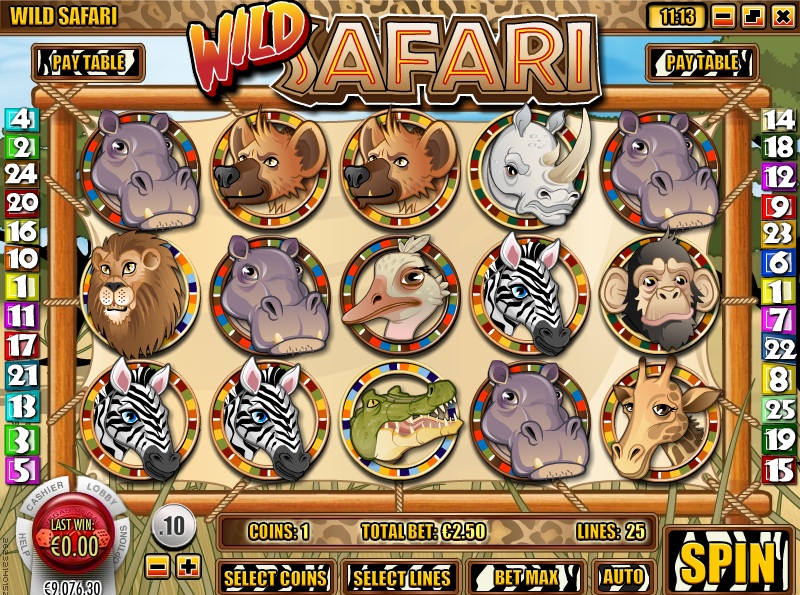 The African safari themed Wild Safari features symbols on the first set of reels that include the accessories and equipment belonging to the game warden in the game such as a diary, a jacket, bug spray, a torch, a back pack, knives and binoculars.

The jackpot payout in this game is offered by the Map and the Scatter Airplane triggers free spins with tripled payouts.  The expanding wild is the Jeep that appears only on reels 1 And 5. The Camera is the bonus symbol. Three bonus symbols appearing anywhere on the reels trigger the bonus game in Wild Safari.

A bonus jackpot of 5,000 coins is offered by the Elephant. The Rhino triggers the free spins and the Giraffe is the expanding wild.

The bonus game is triggered by the Lion and once this game ends the Wild Safari i-slot returns to the first set of reels.