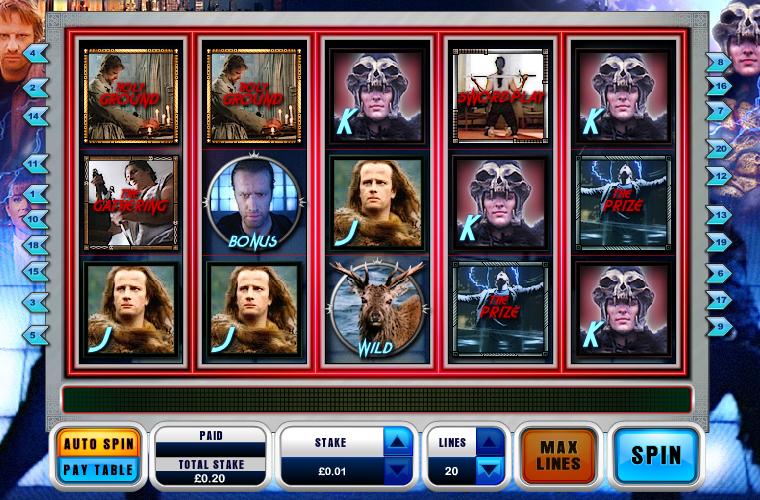 A new branded slot game titled “Highlander” was launched by Electracade’s GTS software arm and rolled out at operators on its software platform this week.

Highlander is a five reel, 20 pay-line non-progressive video slot game based on the popular fantasy film, The Highlander, starring Christopher Lambert.  All the favorite icons from the move are incorporated in this game, including Holy Ground, Highlander’s arch rival The Kurgan, Immortals and Gathering.

The new slot game offers multiple bonus features and the Wilds in this game substitute for all except bonus and scatter symbols.

In the bonus game “Battle the Kurgan” which is triggered when three or more Battle Bonus scatters appear, players get to take on the role of the Highlander and are required to select battle moves so as to defeat the Kurgan which enables a move up the prize bar towards $3,000.  Unsuccessful moves by players will deplete the Highlander’s only three energy levels while successful moves will increase the energy levels.  When the player loses all energy levels or reaches the upper levels of the prize bar it will result in the game ending.

The “Free Spins Bonus Game” is triggered by the appearance of three or more scatter free spins symbols appearing on an active pay-line which includes a Super Wild Symbol.

The “Sword Skill Bonus” is activated by landing three or more Sword Skill Bonus symbols that turn into Tartan Tiles.  Players may click on one tile so as to reveal a prize hidden beneath.