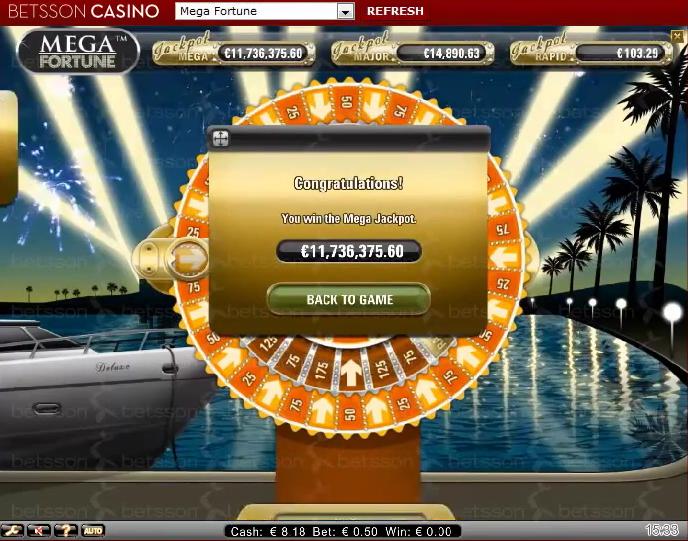 Information regarding the winner who scooped the whopping amount of €11.7 million ($15.9m) on the Mega Fortune slot game on Saturday, 24th September, 2011, has at last been revealed.

The Mega Fortune slot game was hit at online casino Bettson.com by a student from Norway who is in his twenties. This whopping win has made the Norwegian student, who wishes to remain anonymous, an instant multi-millionaire.

The winner, from Hordaland, did not even have to gamble with his own money in order to win this massive sum as he had 10 free spins lodged on his account.  He returned from the cinema one night and decided to try his luck at the Slot Machine Mega Fortune and after winning €8 with these free spins, he continued gambling with his winnings at €0.50 a spin which resulted in his incredible €11.7 million jackpot hit on his 11th spin.

Bettson.com announced that this win is Norway’s biggest jackpot ever as well as the biggest amount ever won in online history, including that of the National Lottery.

The student usually plays in Bettson’s Sports Book but after noticing the huge jackpot he gave the free spins a shot and was in shock when the €11.7 million dropped before his eyes.  He revealed that he needs to calm down before deciding what to do with his winnings.