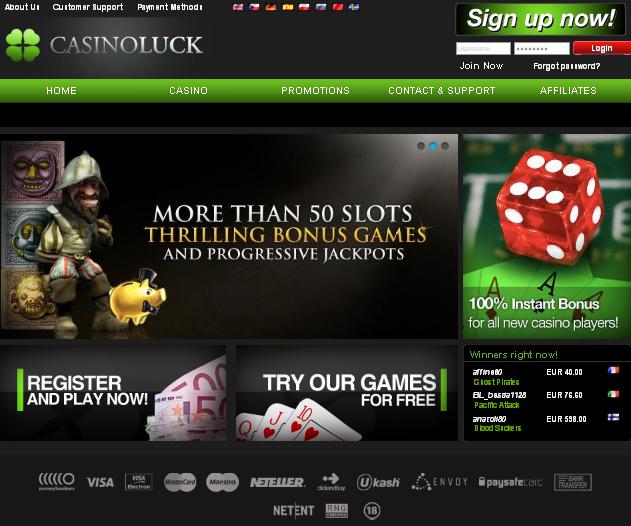 EveryMatrix Limited, the Malta-based gambling software supplier has attempted to provide players with an exciting new experience by totally rebranding its online casino at CasinoLuck.com.

Since its launch in 1999 CasinoLuck.com now utilizes software from its parent firm as well as Net Entertainment and is able to offer online players leading games which include a range of progressive slots offering massive prize pools.

CasinoLuck.com is considering including an even wider selection of exciting casino games in the next couple of months and stated that it is thrilled with its choice of software.

A statement from CasinoLuck.com read “Drawing on more than ten years of know-how as a quality casino provider, CasinoLuck.com has not only received a complete makeover in terms of design and its gaming platform, it has undergone a complete overhaul of every aspect of its online product.”

CasinoLuck.com is very popular among Scandinavian players and one lucky player, known only as “Andreas” from Sweden was recently awarded a whopping €5,000 in cash, courtesy of its Dead Or Alive slot.  Another player who struck it lucky on the same game was “Jussi” from Finland who won €1,800 via the game’s free spins round with a stake of a mere 36 cents.