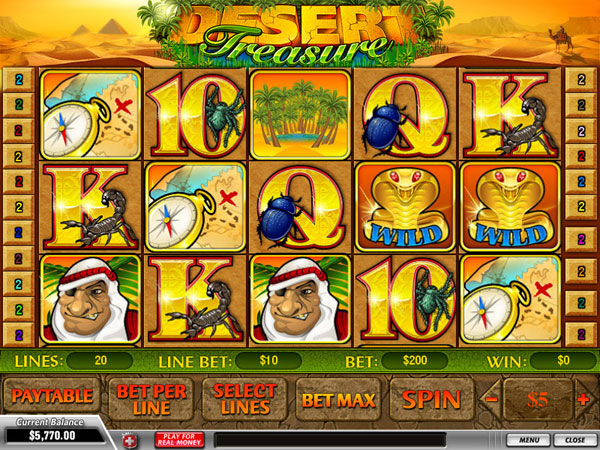 One lucky Canadian player, using the pseudonym “AC” cannot believe his good luck after taking home a second big win in less than a year, courtesy of the Desert Treasure slot at WindowsCasino.com.

WindowsCasino.com, the popular Playtech powered online casino, revealed that “AC” has been a regular player at the site since 2007.

There are 100 slots as well as a large range of table and card games offered at WindowsCasino.com and the site also features a wide range of video, poker, arcade, Asian and multi-player games as well as scratchcards.

The online casino revealed that “AC” had gradually increased his wagers from $50 to $200 before finally wagering $400.

A statement from WindowsCasino.com read “Probably feeling that a last big score was to be had, the player daringly placed a $1,000 wager and, lo and behold, he scooped a fantastic $14,450 for a single line win. “At the end of the day, ‘AC’ had accumulated winnings totaling $66,902.”