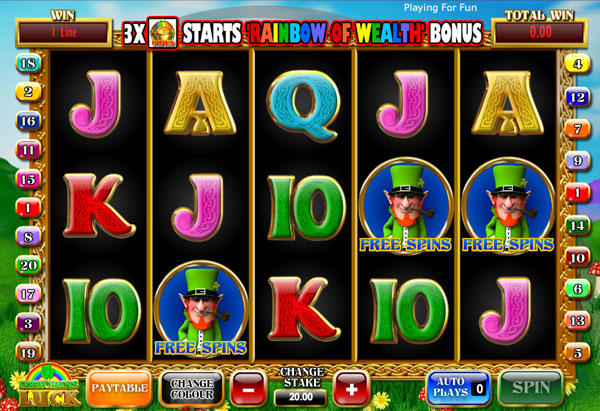 Peter Brown, an online casino player at William Hill online casino, is absolutely ecstatic after hitting a big jackpot of £345,253 playing the Leprechaun’s Luck slot at the online casino with a small wager of only £1.

The five-reel, 2 pay-line Irish-themed leprechaun’s Luck slot also paid out an amount of £420,000 to a player located in London late last year.

Brown, a forty year old from Torquay, is just a regular guy who works as a newsagent and following his great win, he reported that he is still in shock and cannot believe that he has won so much money.  His father-in-law, who is Irish, was convinced that Brown was pulling his leg when he told him that he had won £345,000 on a game called Leprechaun’s Luck.  He is still uncertain as to what he intends doing with all the money from his win but buying a new Jeep and possibly a brand-new 3D television is top of his list.

Since moving software providers from Cryptologic to Playtech, William Hill Casino has revamped their bonuses and all new members of William Hill are rewarded with a welcome bonus worth up to £150 and a £100 monthly bonus.