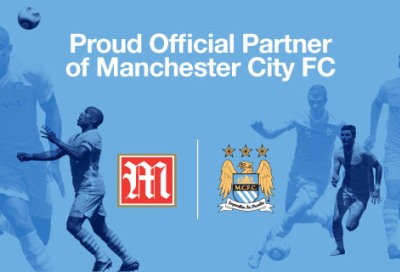 The Mansion Group recently signed a two year contract with English Premier League club Manchester City Football Club in terms of which it will act as the club’s international betting partner over a two season period.

This new deal follows the end of a contract that the Gibraltar based Mansion Group had with Tottenham Football Club during which it was their main sponsors after securing a four season sponsorship deal with the club worth £34 m in 2006.

The new deal between the Mansion Group and Manchester City Football Club is believed to be worth £3 million.

The Manchester City Football Club has had high ambitions since the Abu Dhabi United Group purchased the club in August 2008 and the new sponsorship deal will no doubt help to extend the brand across the key Asian market.

Ian Cafferkey, Chief Brand & Commercial Officer for Manchester United stated that Mansion Group is one of the fastest growing and innovative companies within the gaming industry and that it is an exciting prospect having them on board as their new partner.

Guy Gurrarsky, Chief Executive Officer for Mansion Group said that the new partners would be announcing several other mutually beneficial projects in due course and that they are looking forward to working together with the Club.