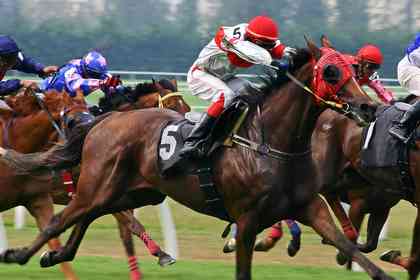 An unemployed father of two had his life change forever on May 17 after taking home over £353,000 off a one-pound stake by correctly predicting the winners of seven races.

The unnamed single father is a horseracing fan from Scotland and had this massive win after placing a 50-pence each-way seven-way accumulator placed with the online sportsbook at WilliamHill.com.

The 52 year old winner said “I'm shocked. “I regularly place these little bets and everyone tells me I'm mad. I've hit the bar a few times but this is incredible. I have always wanted to buy my own home so that is first on the list plus holidays to visit my sisters who both live abroad.”

The winner was forced to give up his supermarket job five years ago following heart surgery and has since been unemployed.  He won £353,064 for the “win” part of the wager and an extra £162 for the each-way “placed” part after correctly predicting the winners of races at Brighton, Nottingham, Towcester and Kempton.  He revealed that he had watched the first four races on the television and had then logged onto WilliamHill.com in order to check after nine o’clock.  He was unable to understand the balance on his account and had to call his son to translate that the numbers meant that he had actually won £353,000.

Kate Hill from WilliamHill.com said “This is the biggest accumulator win odds we've ever seen, which means he's our luckiest ever punter or the shrewdest,”