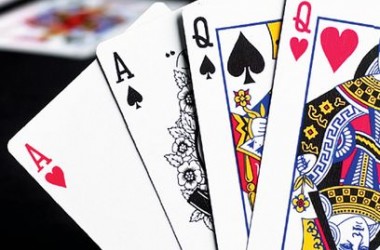 Omaha Hold'em, as you know, is different from the way Texas Hold'em is played. However, there is one thing common to both these forms of poker, and indeed any other form of poker you may like to play – for fun or for money: the use of poker strategy. While the strategy for the two different forms of poker is obviously different, what is still the same is the need to have strategy in place.

Before going on to talk about Omaha Hold'em strategy, you should know what the high cards, middle cards, and low cards are. You should also know some of the other terms used in the game, what they represent, and which cards in the suit form these. For instance, you should know which of the cards in the suit could constitute a suited player hand and which could constitute a double suited player hand. You should also know the definitions for the different terms used.

Omaha Hold’em is a game where you are dealt four cards to start with. Once you break down the four cards to the various two-card combinations possible, you will effectively have six Hold’em hands. You must also know that you have to compulsorily play using two cards from your hand and three from the board.

Here is a tip: play for the ‘nut’ hand when you are playing Omaha Hold’em. The nut hand, in case you did not know, is one that none of the standard hands can beat. It requires a straight flush or a hidden quad to knock this hand down.

Another thing you should know about Omaha Hold’em – you need to have at least five or six good hands to be able to think of a win in Omaha Hold’em. So if you have just one or two decent hands to start with, do not take it easy like you may tend to in other games; you are not out of the woods yet.

So how do you decide whether to continue playing or fold at the beginning of a game of Omaha Hold’em? All you need to do is to first undertake an assessment of the cards that you are holding and the various two-card combinations that you can create out of them. For instance, if you have a set of hands like AA, KK, and QQ or an ace that is suited with a high card, such as AK(S), AJ(S), or A10(S), you can continue to play because these are considered premium or very strong hands.

Coming back to the point about playing for the nut hand, you may ask yourself, why should I want to play for such a difficult hand? The answer to that is simple: an Omaha game with five more players is like a Texas Hold’em game with 30 other players! The math is simple to work out considering each player is holding six hands. This increases the percentage chances of your losing even if you have a good hand.