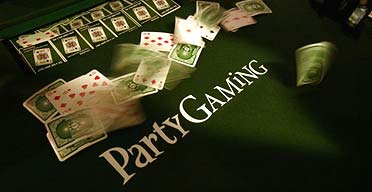 Two gaming companies, European online poker giant PartyGaming and France’s pari-mutuel horse racing company, have signed a new multi-year agreement in terms of which PartyGaming will cooperate with their partners to create a PMU-branded online poker service  that will not only retain their own poker software but will also incorporate PMU’s own player account systems.

The new PMU poker service will become available as soon as the parties have gained a French gaming license and will then allow players access to the shared liquidity on PartyGaming’s French poker networks, including partypoker.fr.

Pari Mutuel Urbaine was founded in 1891 and is the largest horse race betting organization in Europe.

Jim Ryan, Chief Executive Officer of PartyGaming commented that  “Today’s agreement with PMU is consistent with our stated strategy of securing a small number of high value partners in regulated markets. PMU is widely recognized as one of Europe’s leading betting businesses and we look forward to providing them with a world class poker service.

Despite the fact that the newly-opened French online gaming market appears to be a potentially lucrative new arena for many of Europe’s existing casino and poker companies, the number of clients who have applied for a license to operate in the country has been minimal. However, it is expected that other big companies will attempt to follow in PartyGaming’s footsteps to compete for their share of players.