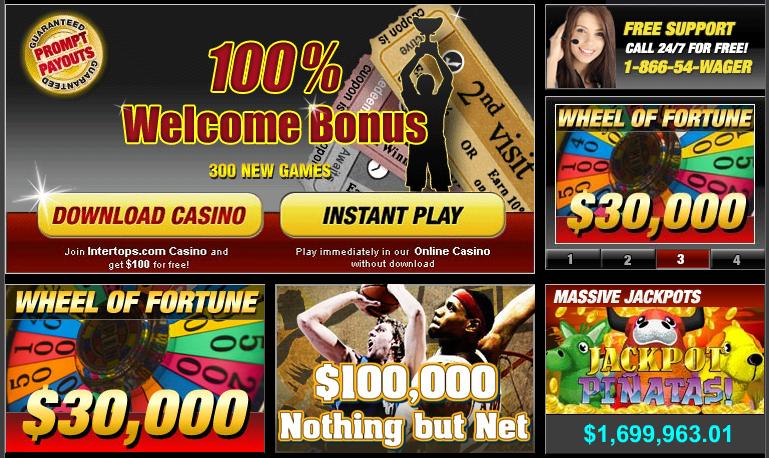 Intertops Casino has announced that its ongoing special leader board promotion at the site will see players having an opportunity to win a share of $50,000 in bonuses and cash prizes.

The online casino’s Witch’s Cauldron Grand Prize Draw will group competitors into six categories which will be determined on how much they have played with bonuses handed out in each. The names of these levels are Eye of Newt, Scale of Dragon, Wool of Bat, a Spell Book, a Secret Incantation and a Witch’s Cauldron.

Intertops will draw winners in each of the categories on Monday, November 5 and the top three players from the highest level will each be awarded with a cash prize of $1,000. Prizes will also be given to the three best players from the remaining groups.

A special leader board page will be made available by Intertops Casino that will provide players with complete details of the contest and also give them an opportunity to check their current points and ranking whenever they wish.

Hundreds of Intertops Casino players will also be notified via e-mail twice a week that they have won bonuses worth up to $250.

The online casino is expecting spooky games such as Goblin’s Treasure, Count Spectacular and Warlock’s Spell to be very popular amongst players the Halloween period.