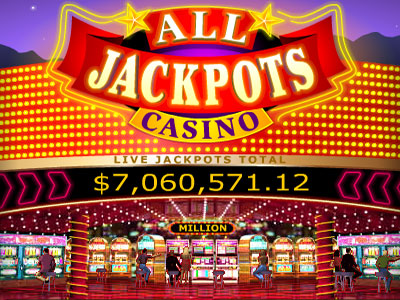 All Jackpots online casino has decided to repeat a shortened version of the popular Casino Grand Prix Promotion that ran at the site last month.

Players wishing to participate in the promotion must deposit and play not less than 100 credits on any slot game at the casino, with the exception of live slot tournaments, during a week’s promotion.

Each eligible ticket holder will receive a ticket to the Casino Grand Prix Final where they are required to play a minimum of 300 credits on slot games during the final period of the promotion. Players in 1st to 5th places in the finals will each receive 1,000 credits and 500 credits will go to players in 5th to 15th place and 200 credits awarded to players in 16th to 40th place.