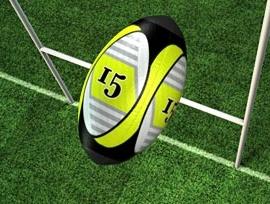 Sports fans all over the world are gearing up for the 2011 Rugby World Cup that is due to kick off in New Zealand on September 9th 2011.

Meanwhile, InterCasino has announced that it is running an exciting 2011 Rugby World Cup Promotion giving its players an opportunity to win an exciting trip for two worth £10,000 to watch the Rugby World Cup in New Zealand.  This top prize includes the flights, hotel accommodation, tickets to both semi-finals, tickets to the final and lots of cash to spend.  The promotion commenced on September 2nd and will continue until September 27th.

The casino is also offering many more generous prizes and online players wishing to avail themselves of the opportunity to win these prizes need only sign up with InterCasino and deposit a minimum of £25 to receive one entry into the prize draw.  The more players deposit and play £25 during the period of the promotion, the more entries will be gained.

The prizes include 15 x £3,000 55 inch 3D LED TV’s as well as a Home Theatre and thousands of pounds worth of casino credits.

Sundays at the Casino are Double Action days and players will receive 2 entries instead of the usual 1 entry by participating on Sundays during the promotion.

Players who play 6 days out of the 7 days of the week will be given 9 entries instead of 6.