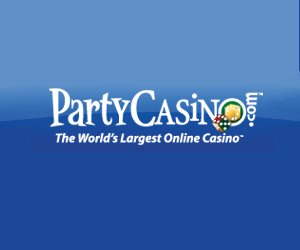 Leading online casino, Party Casino has announced that it will be offering players a great new promotion in its lobby which will run from May 26th to May 31st, 2011. The Flash Prize promotion will give online players an opportunity to be rewarded with amazing prizes at any time during the period of the promotion when logging in to play any of the amazing games on offer at Party Casino.

The most exciting part of the Flash Prize promotion is the fact that nobody will know exactly when to expect a reward.  The great prizes being offered by Party Casino include free cash and cash bonus points and players have nothing to lose but everything to gain by participating.

Flash prizes can be won in two ways, one being a Flash Prize Pop Surprise Gift.  Players are required to play games at Party Casino in the usual manner and wait to see if a Flash Pop appears which will bring an amazing surprise gift.

A Flash Prize can also come in the form of a Flash Pop Game Challenge and players should wait to see if one appears while playing the games that they usually enjoy at Party Casino.  Players lucky enough to receive a game challenge should act before they log out of their Party Casino account in order to make certain that they do not miss out.

This promotion is only available in Party Casino’s download lobby.