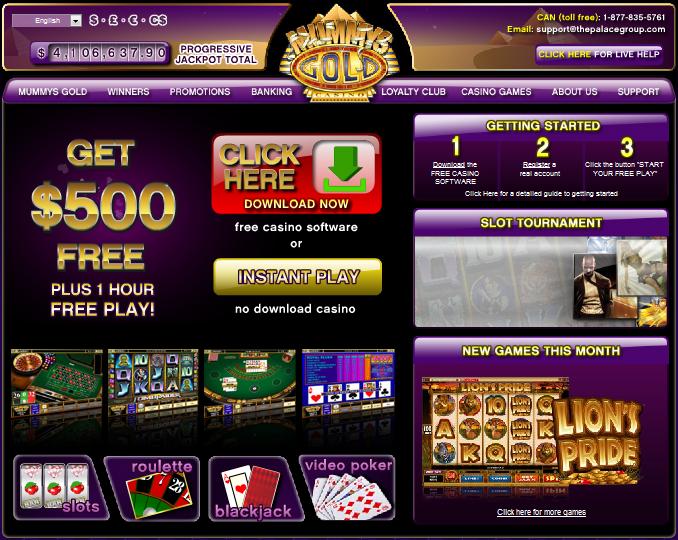 Mummy’s Gold online casino has announced exciting wagering contest promotions for this month.  Players wagering the most get to share guaranteed prize pools while other prizes will be awarded to randomly selected players.

The Multi-Play Poker Contest started on April 5th and will run until April 11th 2010.  This competition is being played on video poker variants and ten hand video poker games (also known as 10-Play Power Poker) from Microgaming have been selected for this contest.  The fact that players wager on ten hands at a time makes this a very exciting contest.

The Feature Slot Festival will commence on April 12th and continue until April 18th and offers a prize pool of $1,000.  $300 will be awarded to the player wagering the most during the promotion period and $200 will be given to the player who wagers the second most.  The player placing the most bets will get $100 and $400 will be shared between eight players who will be selected randomly.  Wagering for this contest will only be allowed on a few of Microgaming’s online slot games, namely Ladies Nite, Silver Fang, Thunderstruck, Days of the Tsar, Kings and Queens, Burning Desire and Jolly Jester.

Roulette Rally started on April 5th and will run until April 25th.  Four roulette games from Microgaming are being offered by Mummy’s Gold and players can wager on European Roulette, American Roulette, French Roulette as well as the progressive jackpot Roulette Royale.

Mummy’s Gold online casino is powered by software from Microgaming.