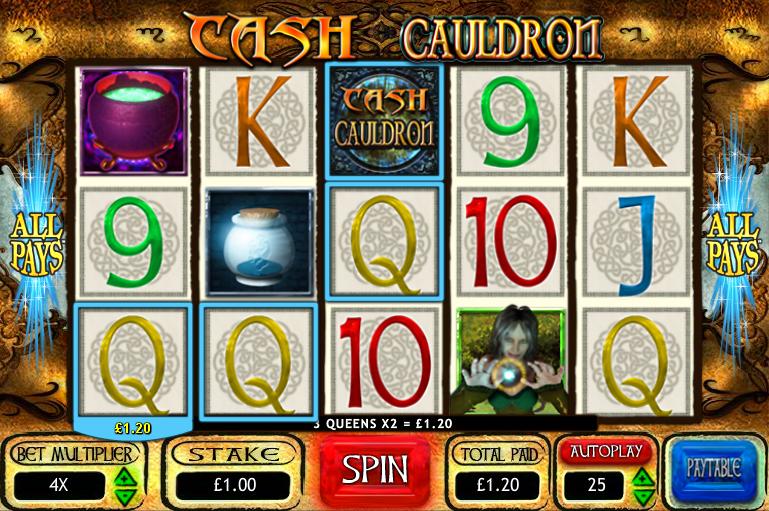 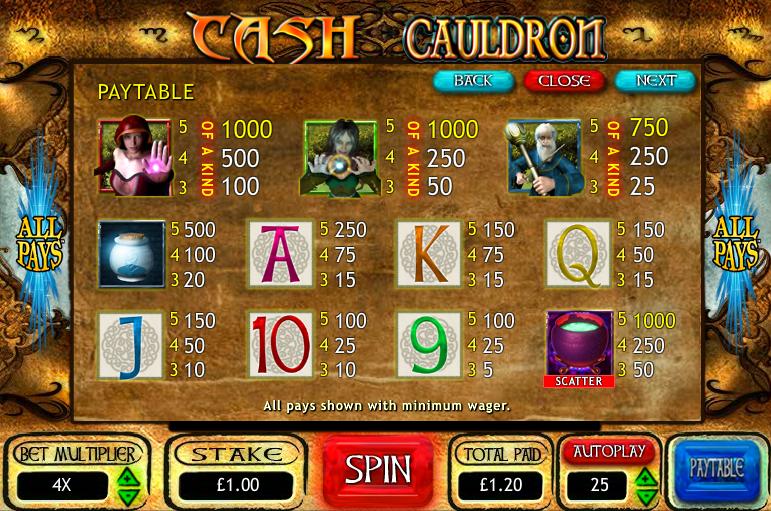 Because Cash Cauldron is an All Pay’s online casino slot game, it connects symbols on adjacent reels instead of lines, which result in a win.

The first of three bonus rounds offered in this slot game is the Multiplication Spell that awards players with random multiplier of up to 5x.

The Wild Spell bonus game is triggered randomly after any spin and players have a chance to win up to 3 wilds when a spell is cast on the reels. Players can cast up to three spells which could award them with amazing payouts.

The Cauldron Pick is the third amazing bonus round where players have a chance to pick from three cauldrons in order to win an instant cash prize.

Players get up to 8 free spins with 2x multipliers in the free spins round in Cash Cauldron.

This new slot game will appeal to low as well as high rollers as wagers start from as low as 25p up to GBP 500 per spin.