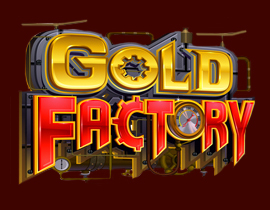 A list has been compiled of the five top games that were released during 2011.

Microgaming’s all round slot game, Gold Factory, was listed as No. 1. The slot game has 50 pay-lines and is themed on a Willie Wonka type of gold factory. Gold Factory offers a bonus feature called the Boiler Room Bonus during which players get to win between 10 and 35 spins by finding the Free Spins symbol with all prizes doubled.

Cryptologic’s Horns & Halos was listed as No. 2. Players need to choose one of two sets of three reels, one representing Hell and the other Heaven, that spin simultaneously for the payouts.

Playtech’s branded slot game, Kong, is listed as No. 3 and is based on the Universal Studios movie that features King Kong. The slot game includes characters and scenes from the movie.