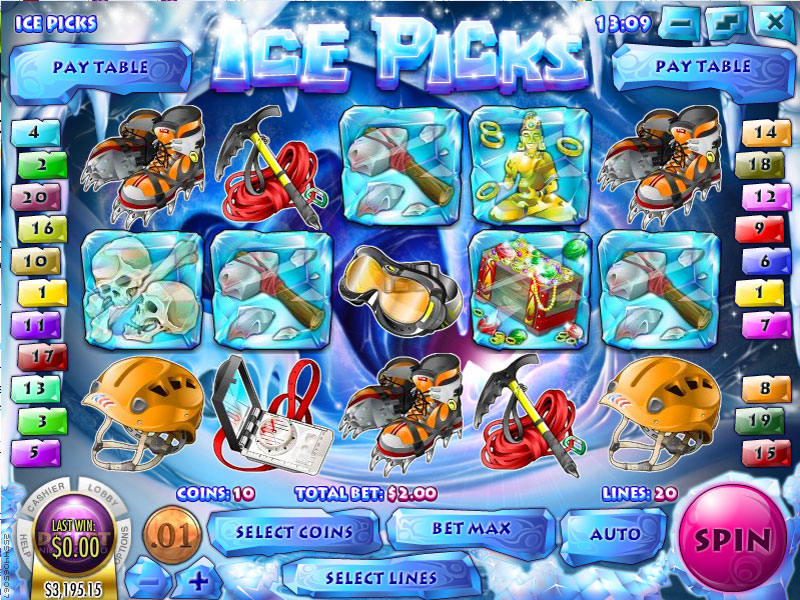 Players are taken into a mysterious icy cave in this brand new slot game where they get to hunt for hidden treasure after breaking the ice and climbing to the top of the frozen cavern.

There are many bonus features offered in the Ice Picks slot game including a Wild Wooden Crate symbol that appears on reels one, three and five. These symbols fill in for other symbols in order to form winning combinations. Players lining up five Treasure Chests get to win a massive jackpot.

Players have a chance to win between five and twenty five free spins in the Scatter Compass symbol with wins coming with a three times multiplier.

Landing three Explorer’s Maps on the reels will trigger the Bonus game where players use their ice picks to crack the ice and reveal massive rewards.

Ice Picks can be played at online casinos powered by Rival Gaming.