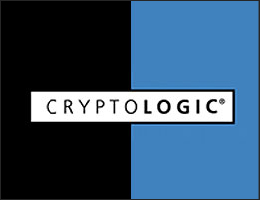 Battle for Olympus is the first game to be released and is themed on Greek mythology. This new slot game offers players 50 pay-lines and those who manage to get the bonus symbol appear on reels 1, 3 and 5 will trigger a bonus game on the second screen. Two Greek gods from Zeus and Hades battle it out for Olympus and players need to choose one of them. The maximum line payout of 2,000 coins gets tripled if a wild symbol helps in making the combination.

Cryptologic’s next new video slot to be released is a comical themed slot game titled Horns & Halos.  Players get to choose whether to play on three out of the six reels on the game, three of which are Hell and three Heaven. 15 pay-lines with a top prize of 1,000 coins are offered with this online slot game.

Julu Jack, a Louisiana Swamp Witch Doctor themed online video slot is the third game to be released by Cryptologic. A top prize of 2,000 coins is being offered with this 5 reel and 25 pay-line online video slot game.

A table game, which is a variant of baccarat and titled Mini Baccarat, is the fourth new game to be released by Cryptologic.

All four games will soon be available at Cryptologic online casinos.