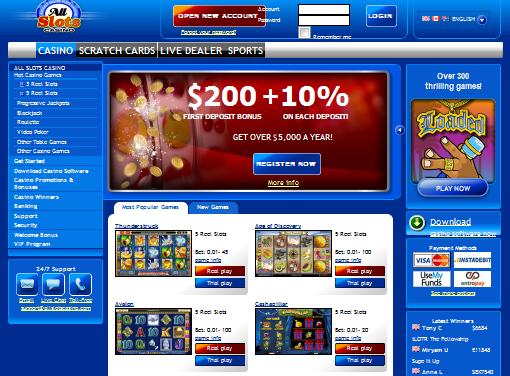 AllSlotsCasino.com has announced that it has gone mobile and has launched four new casino apps for Android powered devices which were developed in partnership with Spin3 and powered by giant software provider, Microgaming.

AllSlotsCasino.com has included the safari themed Mega Moolah which is a five-reel and 25 pay-line slot that comes complete with four progressive jackpots.  Tomb Raider is also included in the new games launched by AllSlotsCasino.com.  This five-reel and 15 pay-line slot features the Tomb Raider round which takes players into an ancient tomb to select idols which will give them a chance to win some great bonuses.

The 15 pay-line Mermaid’s Millions slot for Android powered mobile devices is also being offered and rich effects and vivid colors are included in this Blackjack application.