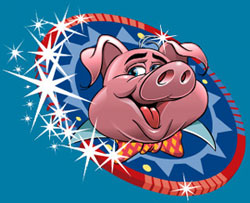 Howard Berchowitz, Managing Director of Casino Enterprises, trading as Piggs Peak Online Casino, has denied the numerous reports that have been printed at news sites which have accused them of forcing their employees to accept low retrenchment packages.

Berchowitz has emphatically denied having breached the labor laws by forcing staff members to accept these package deals and stated that he is not an authoritarian and believes in democratic ideas and principles.  He added that he would never have offered the retrenchment packages without first having consultations and that the packages are double what they should be receiving according to statutory law and if the employees are unwilling to accept their offer they will use the law to set the record straight and revoke their offer.

The South African managed, Swaziland gaming site, Piggs Peak Online Casino, lost its battle to operate legally in South Africa last month when the Supreme Court of Appeal upheld an earlier ruling by the Gauteng Gambling Board stating that the online casino was to cease operations.

Piggs Peak Online Casino, which customer base is made up of 90% South African players, was forced to announce that it will be closing by the end of this month following the Supreme Court ruling.