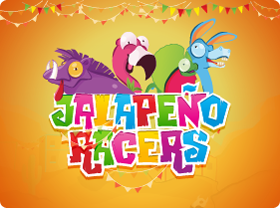 The first multi-slot game to launch at Jackpot Joy Bingo is Jalapeno Racers.  This slot game gives players an opportunity to spin up to 80 lines simultaneously while at the same time enjoying an entertaining Mexican theme.

The characters who appear in Jalapeno Racers, namely Ringo, Walter, Basil and Barro, race around the machine, triggering games and landing bonus symbols on their way thus ensuring that players are well rewarded.

Jalapeno Racers also offers a Race Feature bonus featuring animals racing each other in an effort to win lots of cash. 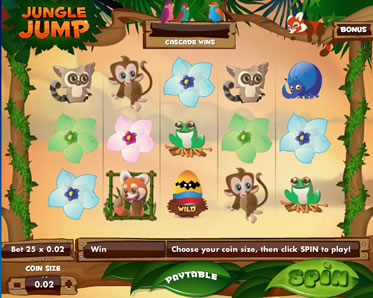 Jungle Jump is the first Cascading slot game to be launched by Gamesys and offers winning symbols that pay out before disappearing and leaving a space for new symbols to drop down allowing more winning chances of winning symbols to appear.

Players get to play the Jungle Jump bonus round for landing four cascading wins in a row.

This exciting game gives players an opportunity to join Jin on a Jungle Jump for a fabulous adventure.